Becoming more human: the answer to our place in 4IR 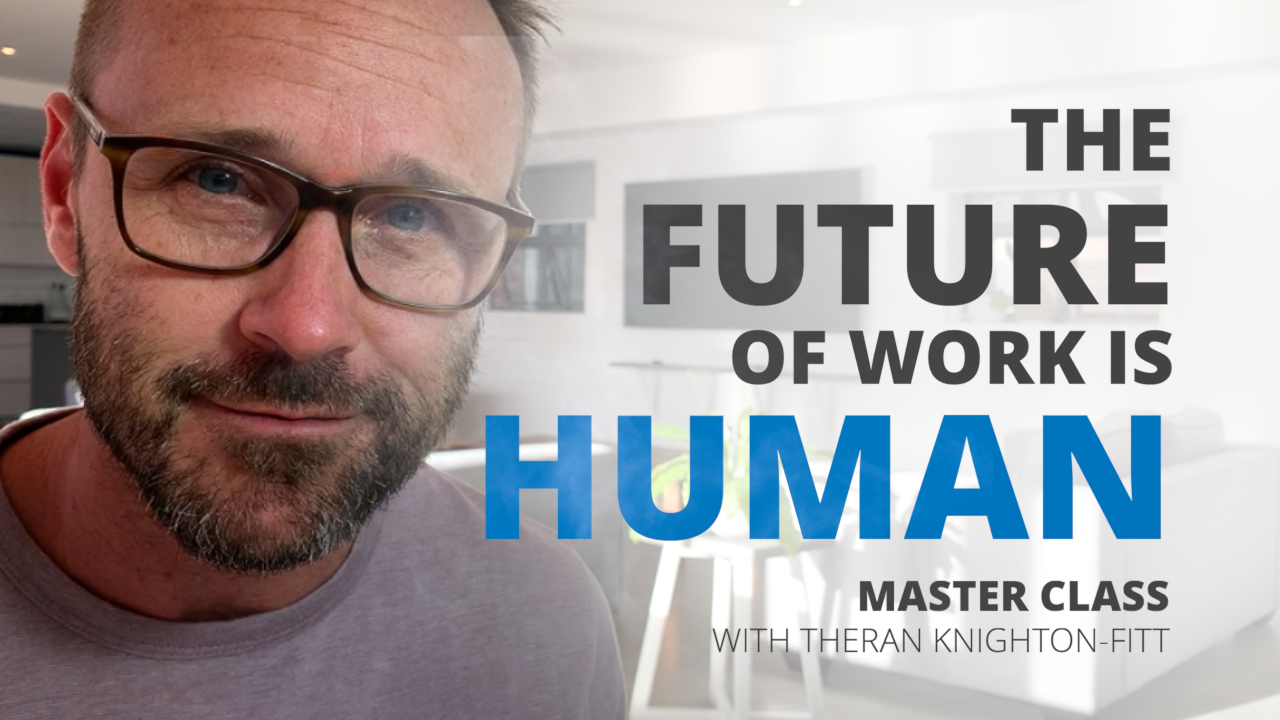 I was driving with my two kids. Well, two of my kids – my two boys on the weekend.

So, first of all, super proud of this kid! What a great mind. Secondly, he’s got it backwards.

No, it’s not the same thing. A hundred and fifty years ago, Dostoevsky, a Russian author, journalist, and poet said:

And human life, and human experiences in the real world – that’s one of the most incredible gifts. Now, don’t get me wrong. I am a cofounder of a tech company. I believe in tech, but I believe it is there to serve us. We must put the cart before the horse.

The gift of what it is to be human

I’m sitting in my home office yet, actually in my bedroom. I’ve got the screen blurred – you can probably see the bed behind me. Looking out my bedroom window, I can see birds flying around. I can see an ant just crawling around my burglar bars there; beautiful green grass; I can hear my neighbour’s power tool. There’s a slight breeze. I can see the tree right in front of me; the leaves are moving in the wind.

To be able to experience it, not through a screen, not through buttons, and a joystick. But right here with my senses, and my physical, creaturely existence.

I’m currently in my home office because I’m in a self-imposed lockdown because our family had some COVID symptoms. Tests have come back negative. But you can’t be too careful.

I’m recording this on a Google Hangout. What a great tool! What a great tool we’ve had in the last year. At Mygrow, in some ways, it’s (technology) enabled us to not miss a beat and just keep running; keep operating through all the nonsense we’ve had to navigate. And I’m grateful for it.

But the rest of my team is at the office. They’ve got their masks on and they’re social-distancing, and all that stuff that I feel is robbing us of our creaturely existence and experience.

Even so. Even with all those things, that’s where I want to be.

The Fourth Industrial Revolution needs us to be more human

The future needs to be human.

Now as we are heading into the Fourth Industrial Revolution and Industry 4.0 and all the technology that comes with that, that stuff is great. I’m not a Luddite. I’m not trying to knock technology, but being human is the gift.

I was watching an advert on TV recently for the new Toyota Corolla Hatch. And the advert is just played out by robots that are making the car. And the two robots play a joke on the third robot, who’s busy working on the hatch; the boot, a trunk where there’s no sedan-like trunk – what we call a boot in South Africa.

And, and they play a trick on him to say: “Oh, you’ve got to make the boot.” And he’s like: “What, what, nobody told me? I didn’t see the memo!” He went into self-defence mode. Then the other two robots crack up and start laughing at him. And they’re like: “We’re just joking.”

Such a human interaction! Using machines that make cars.

There’s the switching. So even as we are selling products now, by leveraging technology to create them faster (and in many ways, probably better than humans would have), we’re still anthropomorphising the process. We’re investing ourselves into the machines.

But let’s not be mistaken that the future is machines.

We mustn’t evolve into machines.

We must become more human. We need to have a better grasp on our emotions, we need to be able to have healthier relationships.

EQ is a set of skills that, I don’t know for how long now, big authorities, like the World Economic Forum, have been saying: “This is the skill of the future.” It’s actually a set of skills, these are the things you’ll need in the future industry.

But let’s not develop these things and build them, just so that we can survive in the Fourth Industrial Revolution. Let’s build them because that’s the gift of being humans.

Let’s develop our EQ because if the gift is life, and relationships, let’s do everything we can to make that life the best life it can be.

To make those relationships as healthy as they can be. To be as awesome as we can be.

Maybe Dostoevsky was right about the arts. If he were around today, and if he framed that thought around technology, I think he’d probably be right as well. But maybe “right” isn’t the right word.

Maybe “correct” is a better word.

Because for my money, from where I’m sitting, I do want to use and utilise technology. But only if it serves me in my pursuit of what it means to be human.

I hope you take this on board, because that’s what I want for you too.