Find Out Now. What Skills Leaders Most Need to Survive Industry 4.0 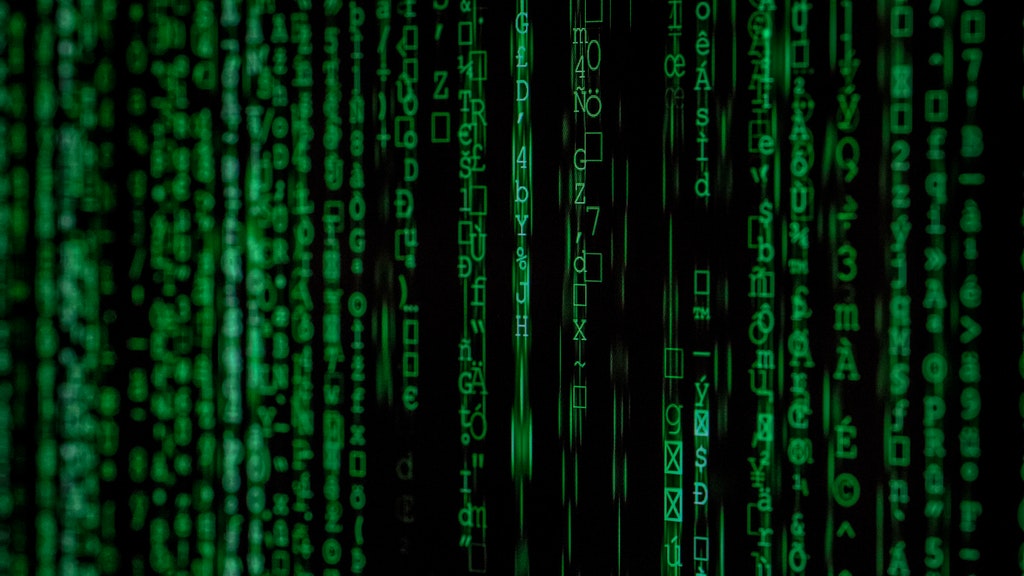 We are facing a world where many of the capabilities that used to be in the realm of humans, are being replaced by technology. The contribution made by people that drives business success is changing.

Which leaves leaders with a few vital questions:

The set of skills that make people great at managing themselves and interacting with others is collectively called Emotional Intelligence.

And it’s the key differentiator in Industry 4.0. It’s what separates humans from machines.

What Drives Business Success in Industry 4.0?

The world is changing, and so is business.

What caused individuals and companies to succeed in the past is different from what drives success now. The most valued and vital human contribution is the skills that machines cannot easily replace.

Research in numerous fields, but especially Organisational Psychology, points to the need for individuals and organisations to build Emotional Intelligence so that they remain competitive and relevant, now and in the future.

It’s not news to anyone that we are well into the Fourth Industrial Revolution.

Simply put, the Fourth Industrial Revolution refers to how technologies like artificial intelligence, autonomous vehicles and the internet of things are merging with humans’ physical lives. – cnbc.com Click To Tweet

What is critical to note is how the relationship between the contributions made by technology and human beings has shifted over time.

The increasing contribution by technology has propelled the four industrial revolutions:

The ever increasing contribution of technology has required a shift in the contribution that humans make in the world of work.

What do humans bring to Industry 4.0?

Let’s take a closer look at the space in which we find ourselves right now. The shift from Industry 3.0 to Industry 4.0 in terms of human contribution.

At the start of the Third Industrial Revolution (think: before Bill Gates and Steve Jobs) there was a high demand for the technical contribution that humans made to the world of work.

Slowly this technical contribution has been reducing.

Much of the technical skill that used to be added by humans is now being replaced by the likes of Google, robotics and AI. There has been a clear decline in the general technical skill required.

The opposite trajectory has happened with another set of capabilities – the social and emotional competencies relating to Emotional Intelligence. The human competencies that robots and machines cannot easily replicate.

Emotional Intelligence is the human contribution that creates the competitive advantage needed now, and more so in the future.

Research over the past 30 years has confirmed that underlying the softer aspects of human impact are a set of skills that are collectively referred to as Emotional Intelligence. Click To Tweet

Essentially it boils down to a set of about 25 competencies that make people great at managing themselves and interacting with others.

These are the skills that make people successful whether working remotely, in collaborative teams, or leading entire organisations.

The World Economic Forum has acknowledged its significance as one of the top ten critical skills for 2020 for people in all industries, at all levels in every region of the world.

While the need for these social and emotional skills are on the increase, there seems to be a decrease in the general levels of Emotional Intelligence.

Some of this may be the result of younger generations’ over-involvement in online relationships to the extent that the neurological pathways that develop social and emotional skill are underdeveloped.

Not to mention the breakdown of the family unit where kids are being raised without any adult modelling of these social and emotional competencies.

So while the need for Emotional Intelligence is on the rise, these very same skills are on the decline.

Some people are ignorantly sceptical of how significantly these human factors impact on organisational performance.

Emotional Intelligence and Industry 4.0 at the individual level

At the individual level it has been well established that Emotional Intelligence competencies are the dominant differentiator for performance.

Studies show that between 30% and 60% of general employee job performance relies on Emotional Intelligence (Bar-On, 2006; Bradberry, 2009) Click To Tweet

As neuroscience has progressed so too has our understanding of how emotions influence behaviour.

The fight is really for the frontal lobes – the part of the brain responsible for executive functioning.

At its very basic level Emotional Intelligence is about the ability to balance what’s happening in the emotional centres of the brain with the frontal lobes.

When the relationship between the emotional centres and the frontal lobes is out of balance, and the emotions are in the driver’s seat, we become less capable of the very things organisations need us for: decision making, innovation and creativity.

To illustrate this let’s look at a study that assessed the impact of emotion on the thought action repertoire of participants.

Participants in the study were divided into five groups. Each group was shown a different video to evoke different emotional responses – joy, contentment, fear and anger (the fifth was a neutral reaction). 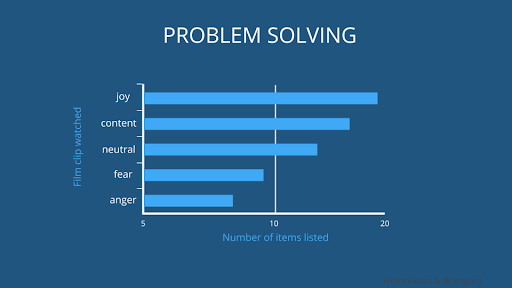 Each group was then asked to complete an exercise to assess the thought action repertoire.

The results of the study were alarming: those exposed to negative emotions were capable of less than 50% of the thought action capabilities of the positive emotion groups.

Imagine how much decision making, innovation and creativity is crippled by the inability to manage emotions, like fear and anger, in the workplace. Click To Tweet This study illustrates only one minor aspect of individual functioning. There are numerous psychological factors that are frighteningly significant to human functioning in organisations.

One that has emerged in the research over the last 10 years is workplace incivility (low-intensity deviant behaviour or, in a word, rudeness).

Workplace incivility acts like a productivity-blocking cancer, slashing productivity by 20%, blocking 13% of management time, and causing 12% of great talent to leave.

In fact, on average just accounting for the negative impact of human factors of stress, workplace incivility and poor leadership, companies are achieving 12% less in annual turnover.

Emotional Intelligence and Industry 4.0 at the group level

At the communal level Emotional Intelligence also dominates performance at work. Consider that more than 85% of leadership competencies lie in the domain of Emotional Intelligence and one gets a sense of how significantly it undergirds organisational influence. And that influence is reflected indicatively in organisational culture. A robust organisational culture is a massive competitive advantage. Click To Tweet Slogans like: “culture eats strategy for breakfast…” (Peter Drucker) and “the way we do things around here” (Edgar Schein) focus the spotlight on what it is for people to work optimally together; for people to flourish as a group. Culture is powerfully influenced by emotional intelligence.

The bottom line is that, in the new way of working, without an organisation full of people who are able to contribute the competencies that add the value only humans can bring, there is simply no chance of competing against others that are getting this right. Industry 4.0 has brought into focus the need to develop people’s psychological competencies. Click To Tweet

Along with Industry 4.0 has come significant shifts in what is possible in developing the psychological competencies of a workforce. Technology platforms can now facilitate Emotional Intelligence development online. This new world approach requires development to be through neuroscience aligned pedagogies, at scale, while providing rich data metrics along the way.

Shifting how we learn

The first requirement is a pedagogical or methodology shift. The old world way of developing people led to a regression curve – there was high impact after interventions but a slow regression back to old behavioural norms. This is because the pedagogy was not aligned with the neuroscience of how people change over time. Implementing techniques consistently over time is what rewires neural pathways and leads to change. Emotional Intelligence platforms like Mygrow facilitate this sustained development over long periods of time. This will be the way of the new world.

Shifting the scale at which we learn

The second requirement is a shift in scale. The old world used methods that were restricted to senior managers, or sporadic individuals scattered across an organisation. Any individual impact was likely diminished by communal behavioural aspects, like culture. The advent of an online Emotional Intelligence Platform allows for scaled Emotional Intelligence development at all levels of an organisation, simultaneously impacting on the macro aspects of culture, mutual understanding and critical mass.

Shifting how we measure learning

The third requirement is around metrics. Gone are the days of the attendance register, or course certificate. For humans to contribute meaningfully in the new world of work requires tangible and lasting change. An online Emotional Intelligence platform like Mygrow uses dynamic algorithms to plot current and projected emotional competence. Giving measure of people’s progress according to what Mygrow calls a “Growth Score”. As the Fourth Industrial Revolution takes hold, fundamentally changing the workplace, metrics like these will become standard KPIs for people because of how fundamental Emotional Intelligence is to human performance. In fact it’s happening already.

The skills leaders most need to survive Industry 4.0 are those critical human competencies that cannot easily be replaced by technology. Most of them lie in the domain of Emotional Intelligence. The glaring competitive advantage lies in leveraging the available technology that develops Emotional Intelligence effectively. Is your company going to survive Industry 4.0? It’s up to you really…

Mygrow helps you learn the skills you need to be effective and flourishing at work and in life. It does this by methodically building Emotional Intelligence using daily techniques. These techniques create pathways in the emotional centre of the brain over time, helping you interact with your world in new and positive ways.

You access the learning and techniques online, every day, for 15 minutes.

Mygrow makes you a better leader. You, but a more effective and composed you.