Soft is Hard: Discovering the importance of developing your power skills 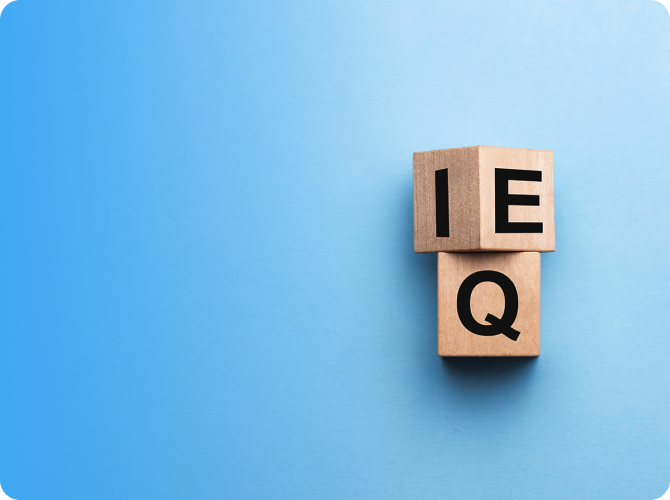 The current rate of change we are experiencing is unmatched in history 1.

The disruption that is accompanying this rate of change means that for some of us, the need for our technical skills is declining. The shifts of Industry 4.0 have meant moving beyond automation, computers, and robotics to cyber-physical systems, the Internet of Things, and cloud computing.

The temptation could be to believe that in order to keep up with the change and remain relevant in the workplace we need to become more like the technology that is replacing us.

But this couldn’t be further from the truth.

Now is the time to lean into what it means to be human. Now, more than ever before, we need to harness the unique skills and capacities that we as humans hold. This isn’t necessarily our IQ or our ability to keep up with technological advancements.

Rather, it’s the ‘soft’ stuff.

It is time to lean into what it means to ‘work human’.

‘Working human’ is learning to work with Emotional Intelligence (EQ). It’s developing and harnessing the skills that make us better humans. It’s taking the disruptions of these rapid changes and looking for opportunities to change too.

These ‘soft skills’, as some people call them – are actually hard.

The problem is that just because it’s simple, doesn’t mean it’s easy.  Developing soft skills literally requires a rewiring of our psychology and neurology (physically in our brains). This only happens over time, and won’t happen if you don’t create the space or habit to continuously and consistently grow.

At Mygrow we define soft skills as your EQ – the set of skills that makes you great at managing yourself and interacting with others.

Goleman 2 said, “We are being judged by a new yardstick; not just by how smart we are, or by our training and expertise, but also by how well we handle ourselves and each other.”

Never has this been more accurate than it is now.

Until quite recently people used to think intelligence was just about IQ. About 100 years ago well-meaning psychologists wanted to classify children’s intelligence for school. So Alfred Binet 3 made a test to measure intelligence. Or so he thought. Many of us did a similar test – an IQ test. The letters I and Q stand for “Intelligence Quotient” – the amount of intelligence you have. The name itself highlights the error though. IQ measures only one aspect of intelligence, namely cognitive intelligence.

When it comes to intelligence, too much emphasis has been placed on IQ in the past. Research has since come to show that human intelligence is much broader than IQ.

When psychologists started noticing that some people with lower IQ were outperforming others with higher IQ they began to question if IQ was actually the best way to classify human intelligence. Since then, many theories about intelligence have emerged. Spearman 4 talks about a “general factor” of intelligence. Others suggest it has practical, analytical, and creative components 5. A third view says there are multiple independent intelligences 6: Linguistic, Logical/Mathematical, Spatial, Bodily-Kinesthetic, Musical, Interpersonal, Intrapersonal, and Naturalist.

At Mygrow we believe there are multiple independent and interdependent aspects of intelligence, and many of them come together in the domain of Emotional Intelligence.

IQ is about logic, abstract thought, processing speed, and short-term memory among other things. These are all functions of the frontal lobes of your brain. EQ, however, is rooted in the emotional centres of the brain, which work closely with the frontal lobes.  As a result of this EQ is at the core of who we are and is needed for almost every part of life.

If EQ matters more than IQ, and if we can develop it then this is great news. It means we are being measured according to something we can so easily improve. This, in combination with the shifts required to remain relevant in this fast-paced and ever-changing world, simply strengthen the case for EQ development, or what some call soft skills training.

What is Emotional Intelligence? The role of EQ in shifting Organisational Culture